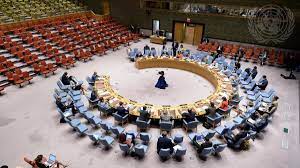 India has welcomed the designation of Lashkar-e-Taiba (LeT) deputy chief Abdur Rehman Makki as a sanctioned terrorist by the UN Security Council, after China withdrew the “technical hold” it had placed on the listing last year. Makki, the brother-in-law of 26/11 mastermind Hafiz Saeed, is on the most wanted lists of India and the United States for terror attacks in India, and support to terrorists in Pakistan. China’s hold on the Makki listing process in June was one of five holds it placed on similar proposals against other wanted LeT/Jaish-e-Mohammad (JeM) terrorists based in Pakistan. It had led to an angry response from New Delhi, which accused Beijing of “double standards” on terrorism and “making a mockery” of UNSC counter-terror mechanisms. In that sense, China’s decision to allow the listing is a win for India: this is the first time a listing proposal where India is a co-sponsor has been allowed to go through; and it is the first time a terrorist has been listed primarily for attacks in India, particularly in Kashmir, as most others have been listed for their al-Qaeda links and for attacks in other parts of the world. It is unclear what prompted China to relent, as it has continued to hold out despite the 14 other UNSC members agreeing to the listing. In 2019, China agreed to a decade-old demand from India to list JeM chief Masood Azhar only after international outcry over the Pulwama suicide bombing. The Chinese Ministry of Foreign Affairs has called the Makki listing as “conducive to enhancing international counterterrorism cooperation” and a “recognition” of Pakistan’s fight against terrorism.

As India knows from experience, the designation of UNSC terrorists, who are subject to an assets freeze, travel ban and arms embargo, is only one step towards bringing them to justice. Pakistan has yet to hold even one of the many terrorists on the list accountable for the major attacks they are accused of: from the 1999 IC-814 Kandahar hijacking, to the Mumbai 26/11 attacks, and Pathankot and Pulwama. New Delhi will have to persevere in its seemingly Sisyphean task of keeping the spotlight on Makki and others to ensure that Pakistan continues to feel pressure to prosecute them successfully. It is possible that the Makki designation is the result of behind-the-scenes India-China negotiations at a time the relationship is mired in issues over the LAC standoff. The test of this diplomacy will perhaps be known if and when China acts on the listings of the four other terrorists proposed, i.e., Hafiz Saeed’s son Talha, 26/11 handler Sajid Mir, LeT recruiter Shahid Mehmood and Abdul Rauf Azhar (Masood Azhar’s brother) wanted for the IC-814 hijacking.