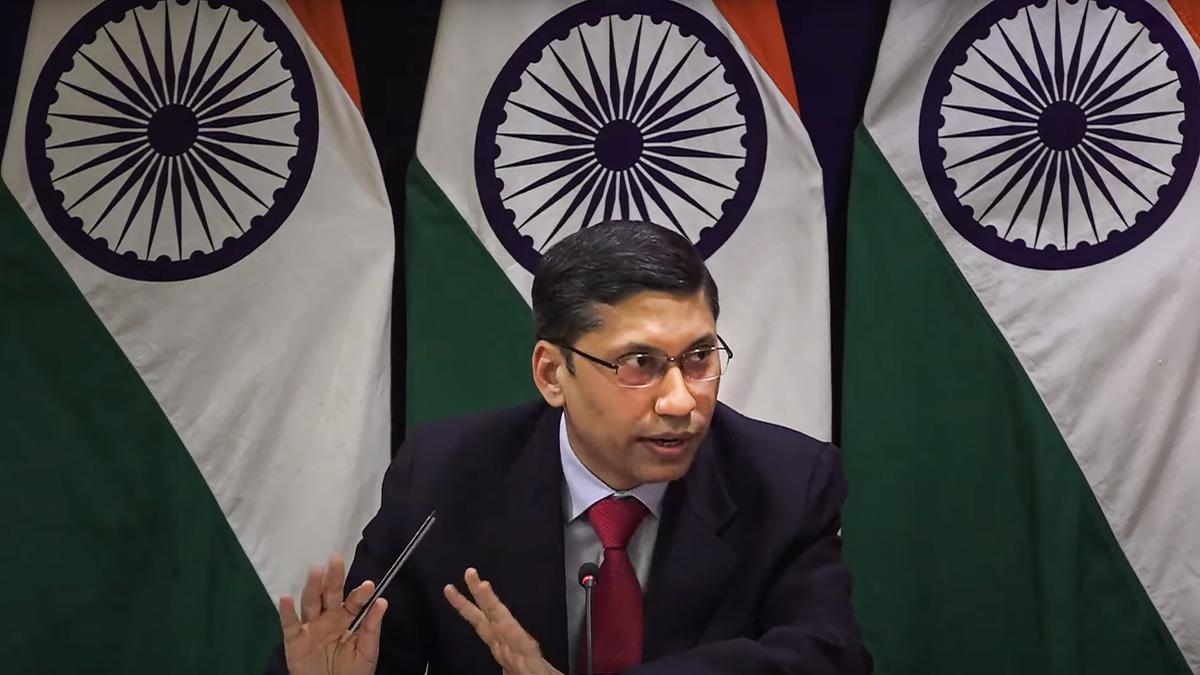 Responding to the criticism from the Foreign Ministry, the BBC said its documentary on was “rigorously researched”
After British broadcaster BBC broadcasted a two-part docu-series called “India: The Modi Question” on BBC Two, the Ministry of External Affairs (MEA) on Thursday said that the series is “a propaganda piece, designed to push a particular discredited narrative.”

“If anything, this film or documentary is a reflection on the agency and individuals that are peddling this narrative again. It makes us wonder about the purpose of this exercise and the agenda behind it. Frankly, we don’t wish to dignify such efforts,” the MEA was quoted as saying by news agency ANI.

“Do note that this has not been screened in India... We think that this is a propaganda piece, designed to push a particular discredited narrative. The bias, lack of objectivity and continuing colonial mindset is blatantly visible,” the Ministry added.

“A wide range of voices, witnesses and experts were approached, and we have featured a range of opinions – this includes responses from people in the BJP. We offered the Indian Government a right to reply to the matters raised in the series – it declined to respond,” the statement added.

Responding to a query from The Hindu asking whether the broadcaster had pulled down the video from YouTube, a BBC spokesperson said, “The documentary on YouTube was not uploaded by the BBC. As is standard practice, we follow procedure to have illegal uploads of any BBC content removed.”

About the series, “India: The Modi Question”, the BBC stated that it “will examine how Narendra Modi’s premiership has been dogged by persistent allegations about the attitude of his government towards India’s Muslim population and a series of controversial policies implemented by Modi following his 2019 re-election, including the removal of Kashmir’s special status guaranteed under Article 370 and a citizenship law that many said treated Muslims unfairly, which has been accompanied by reports of violent attacks on Muslims by Hindus”.

(With inputs from agencies)