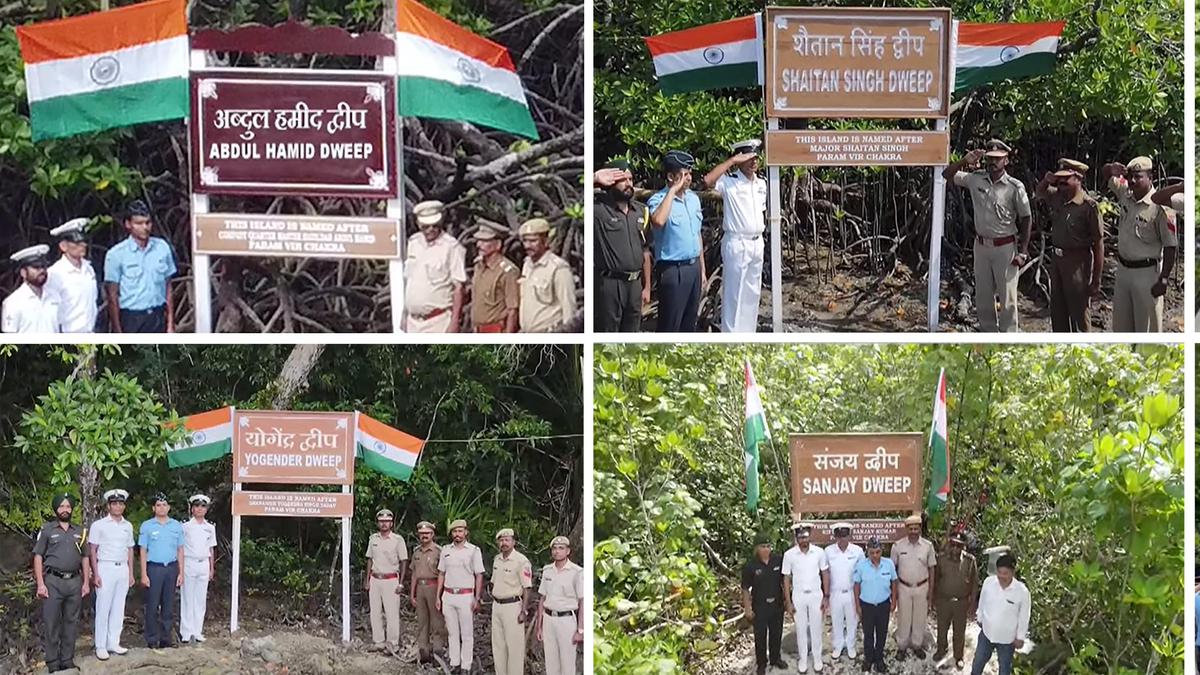 Home Minister Amit Shah was present in Port Blair at the culmination of a seven-day event organised by the Ministry of Home Affairs (MHA) in honour of Netaji. Mr. Shah said that the 126th birth anniversary of Netaji Subhas Chandra Bose is being celebrated as ‘Parakram Divas’ across the country.

Stating that the identity of the Andaman was associated with the symbols of slavery instead of the memories of the freedom struggle, Mr. Modi said, “Even the names of our islands had the imprint of slavery.”

“From Major Somnath Sharma, Piru Singh, Major Shaitan Singh to Captain Manoj Pandey, Subedar Joginder Singh and Lance Naik Albert Ekka, from Veer Abdul Hameed and Major Ramaswamy Parameswaran to all 21 Paramveers, everyone had only one resolve — Nation First! India First! This resolution has now become immortal forever in the name of these islands. A hill in Andaman is also being dedicated in the name of Captain Vikram Batra from the Kargil war,” Mr. Modi said.

Mr. Shah said that the memories of the heroes could never be erased nor were they dependent on anyone’s mercy to live on. He added that Netaji would shine like the pole star in India’s history. He said Netaji was a great example of courage as he “travelled from Kolkata to Berlin by car through a terrain with a temperature of -45 degrees to liberate the nation”. “But unfortunately, many attempts were made to erase his memories,” Mr. Shah said.

“After Narendra Modi became Prime Minister he had a statue of Subhas Chandra Bose installed in Kartavya Path [in Delhi], he decided to celebrate Netaji’s birth anniversary as Parakram Divas. And he chose the same day to announce the Netaji Subhas Chandra Bose Island as his memorial to ensure that it’s developed in a manner that evokes deep respect for the great hero in the hearts of the people who set foot here for generations. I thank the Prime Minister from the bottom of my heart.”

He said in 2018, when Ross Island was named after Netaji, Neil Island renamed Shaheed Island and Havelock Island named Swaraj Island, it created a discourse around the Andaman & Nicobar Islands.

“Some places are blessed to play a historic role. And the A&N islands were blessed to play a significant role in India’s Independence. After the revolt of 1857, when the Britishers began ruthless atrocities on India’s freedom fighters, they built Cellular Jail here. It was the land of the A&N Islands that consoled the hearts of the jailed freedom fighters like a mother does to her son in pain. And today, like me, many believe that this is not a jail but a great pilgrimage of India’s freedom struggle,” Mr. Shah said.