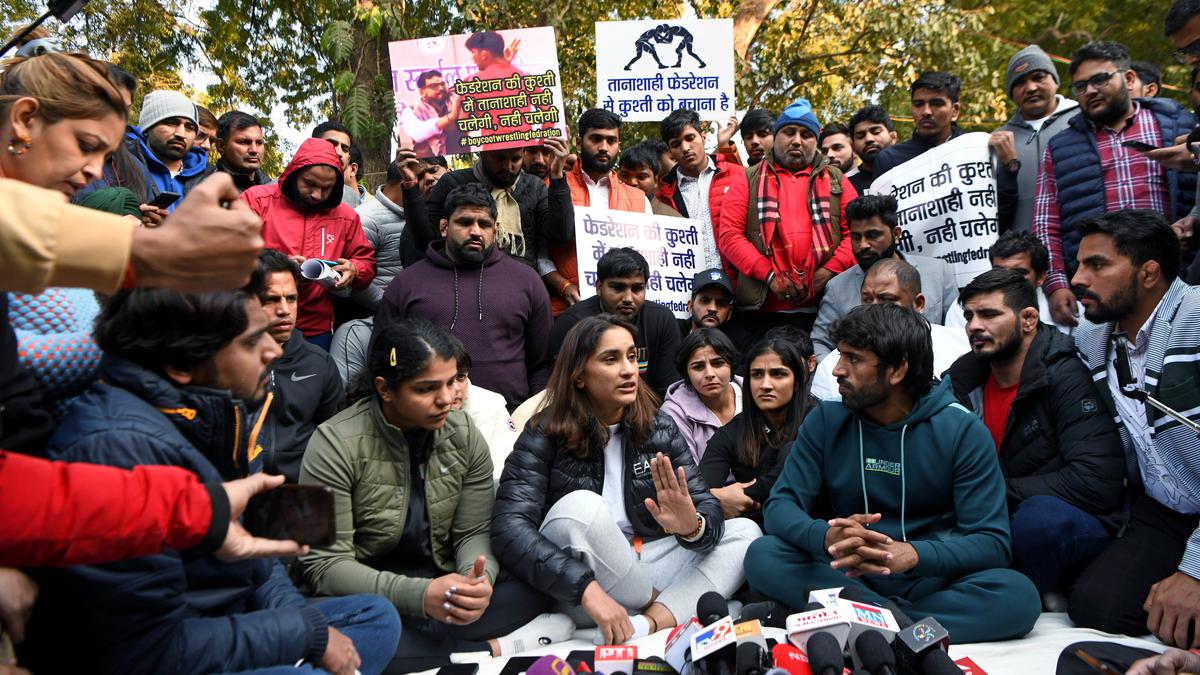 The Women National Wrestling Coaching camp has been cancelled
Taking cognizance of the protest staged by wrestlers, in Delhi, in which women wrestlers levelled serious charges of sexual harassment by the president and coaches of the Wrestling Federation of India (WFI) and of mismanagement in the functioning of the federation, the Sports Ministry has sought an explanation from WFI and directed it to furnish a reply within the next 72 hours on the allegations made.

"The Ministry has further stated that if WFI fails to furnish the reply within the next 72 hours, the Ministry will proceed to initiate action against the Federation in terms of the provisions of the National Sports Development Code, 2011.

Further, the Women National Wrestling Coaching camp, which was due to start in Sports Authority of India's National Centre of Excellence (NCOE) in Lucknow on January 18, 2023, with 41 wrestlers and 13 coaches and support staff, has been cancelled.

The Executive Director of NCOE Lucknow has been directed to provide all facilities to national campers who have already reported and are likely to report, till the campers depart from the centre.

Necessary information regarding the cancellation of the National Coaching Camp has also been sent to all campers.

Vinesh Phogat on Wednesday alleged that coaches who are favourites of the Wrestling Federation of India (WFI) misbehave with women and harass them. She also accused the wrestling federation chief Brij Bhushan Sharan Singh of sexually harassing girls and calling her a ' khota sikka' after her defeat at the Tokyo Olympics 2020.

On the sidelines of a sit-in protest against the WFI near Delhi's Jantar Mantar, Phogat said, "Coaches are harassing women and some coaches, who are favourites of the Federation, misbehave with women coaches as well. They sexually harass girls. The WFI president has sexually harassed many girls."

Olympians Bajrang Punia, Sakshi Malik and Phogat led the protest at Jantar Mantar against the Wrestling Federation of India (WFI), alleging "harassment of wrestlers by the WFI through its arbitrary rules and regulations".

The protesting wrestlers further accused the WFI of interfering with their personal lives and exploiting them.

"When we went to the Olympics, we did not have physio or a coach. After we started raising our voices, we were threatened," added another wrestler. Olympic medalist Bajrang Punia said the wrestlers want the management of the Federation to be sacked and replaced.