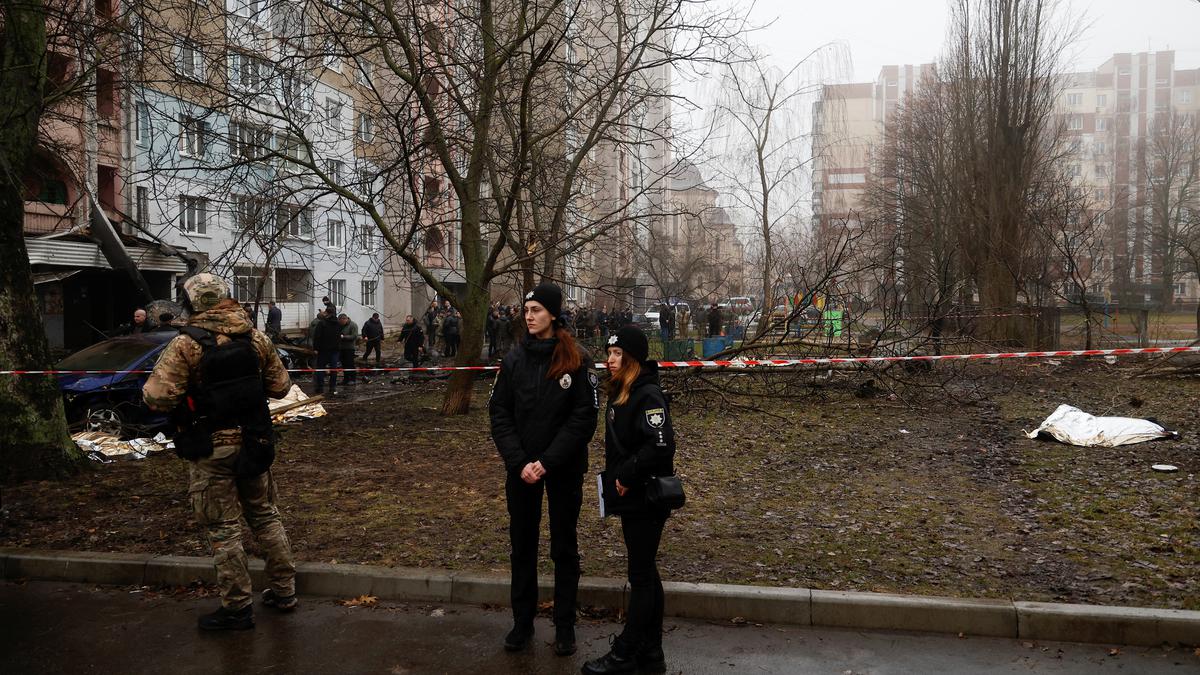 Two children were among the dead and 10 of them were in hospital, officials said

A helicopter crashed near a kindergarten outside the Ukrainian capital Kyiv, causing casualties, the region’s Governor said on January 18.

The Governor of the Kyiv region said that a helicopter crashed near a nursery and a residential building earlier on Jan. 18.

Two children were among the dead and 10 of them were in hospital, officials said.

In a video that circulated online from the aftermath of the incident, cries could be heard at the scene which was consumed by a fire.

“In the city of Brovary, a helicopter fell near a kindergarten and a residential building,” the head of the Kyiv regional administration, Oleksiy Kuleba, said on Telegram.

“At the time of the tragedy, children and employees were in the kindergarten,” he added. “There are casualties.”

He said that medics and police were working at the scene.

The town of Brovary is located some 20 kilometres (12 miles) northeast of Kyiv.

Russian and Ukrainian forces fought for control of Brovary in the early stages of Moscow’s invasion until Russia’s troops withdrew in early April.