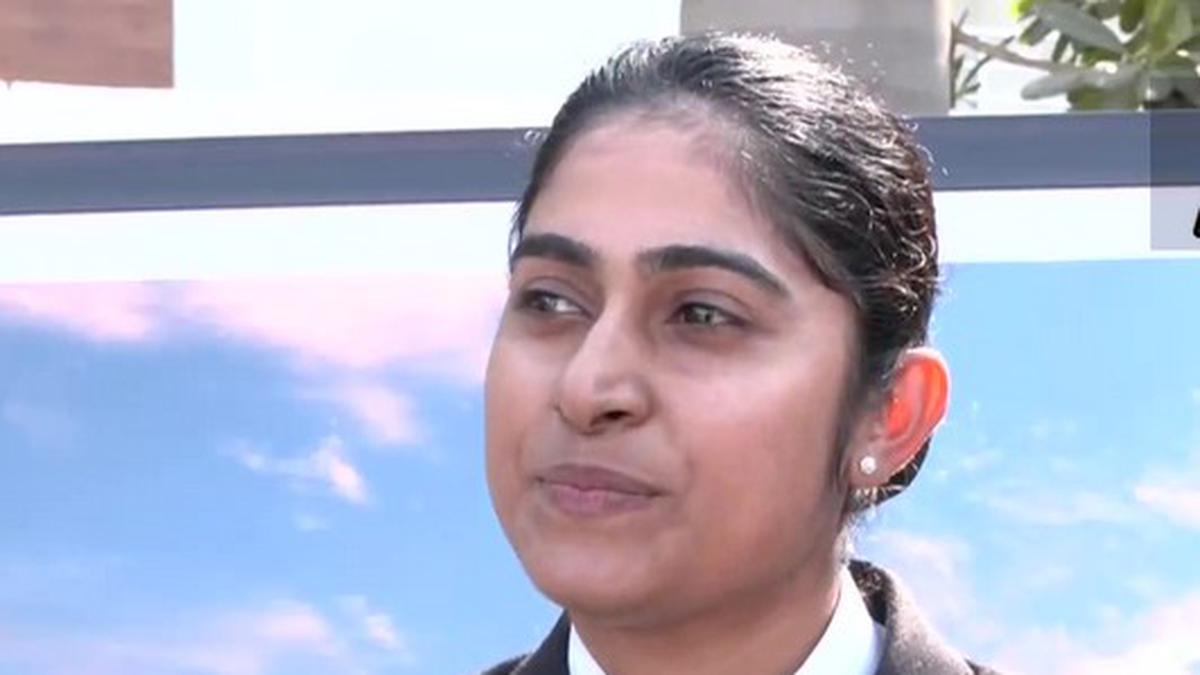 Navy officials said three women and five men Agniveers will also participate in the parade at Kartavya Path.
Lt Commander Disha Amrith, a woman naval air operations official posted at a strategic base, will lead the Indian Navy's Republic Day contingent of 144 young sailors and its tableau will showcase the 'Nari Shakti' in force.

Besides Amrith, another woman officer — Sub Lt Valli Meena S — will be among the three platoon commanders of the naval contingent.

A Bachelor of Engineering in Computer Science from BMS College of Engineering in Karnataka, 29-year-old Amrith was part of the National Cadet Corps's Republic Day team in 2008 and harboured the dream of being part of the marching contingents of one of the three services at the celebrations in Delhi.

"Since 2008, I was nurturing this dream of being part of the Republic Day contingent of the armed forces. It is an amazing opportunity that the Indian Navy has given me (to lead the naval contingent)," she said.

The officer, who hails from Mangaluru, got into the Navy in 2016 and has been posted at a key naval facility in the Andaman and Nicobar islands after completing her training in 2017.

"I am an aviator for Dornier aircraft and have been carrying out sorties in the plane," she told PTI.

Last month, Navy Chief Admiral R Hari Kumar said the Navy is looking at opening all its  branches for women from 2023.

Sharing her experience, Amrith said she always wanted to be part of the armed forces and it was partly inspired by her parents as well.

Asked about the challenges that women face in the forces, Amrith said, "I became stronger physically, emotionally and I am now more self-driven." The renowned brass band of the Indian Navy of 80 musicians will be led by M Antony Raj, playing the Indian Navy Song 'Jai Bharti'.

He said the tableau is designed with an aim to showcase the multi-dimensional capabilities of the Indian Navy as well as highlight key indigenously designed and built platforms.

"The tableau also aims to highlight 'Nari Shakti' in the Indian Navy," he told reporters.

The forward part of the tableau will showcase a woman aircrew of Dornier aircraft (flying overhead), highlighting the all-women crew of a surveillance sortie undertaken last year.

The main section of the tableau will illustrate the 'Make in India' initiatives of the Navy and model of the new indigenous Nilgiri class ship with a Dhruv helicopter deploying marine commandos will take the centre-stage.  On the sides of the main section, cut out models of indigenous Kalvari Class submarine will be depicted.

In the rear section of the tableau, three models of autonomous unmanned systems being developed indigenously under IDEX-Sprint Challenge will be displayed.

The Indian Navy aims to induct at least 75 technology/product as part of Azadi Ka Amrit Mahotsav.

The sprint initiative was launched by Prime Minister Narendra Modi during the Naval Innovation and Indignation Organisation Seminar in July last year.

These products are being developed under the innovation for defence excellence scheme of the Ministry of Defence and Technology Development Acceleration Cell of Indian Navy, the official said.